Adrian Peterson is obviously one of the best running backs the NFL has ever seen. Having him in our backfield has been wonderful ever since 2007. That being said, he is aging – especially for a position that doesn’t see much success over the age of 30. This guy has to be the one exception, right? Well, the answer is a little more complicated than that. He has a good chance to continue rushing for 1,400 yards for at least 3-4 more seasons, but his physical ability won’t be the reason for not repeating as rushing champ: it’s Teddy Bridgewater and the Vikings receivers. 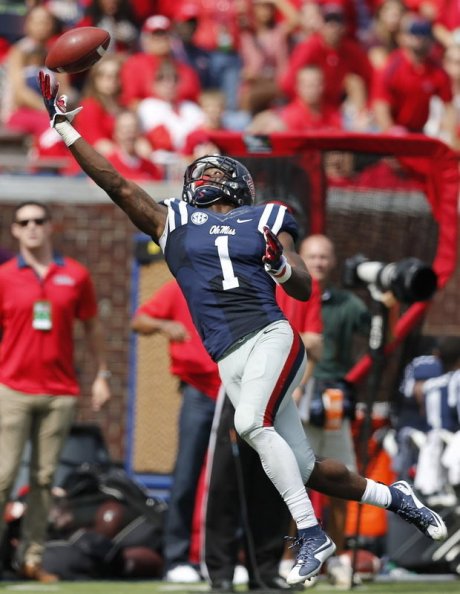 With the 23rd pick in the 1st round of the 2016 NFL Draft, the Vikings selected WR Laquon Treadwell from Ole Miss. He was a playmaker and will hopefully provide a bigger target for Bridgewater in the redzone with his 6’2″ frame. When you combine Treadwell with the returning trio of receivers (Thielen, Diggs, and Johnson), us Vikings fans can only hope Bridgewater is progressing and preparing to take the next step. If he is making strides and showing signs of becoming a franchise-caliber quarterback, less stress can be put on Peterson to carry the offense on his back. By less stress, that means he will be given a few less carries and perhaps a few less plays on the field since Jerick McKinnon is a more versatile receiver out of the backfield.

Recently on NFL.com, there was an article with writers and analysts split between which running back will rush for the most yards this upcoming season. The two backs that are the favorites are Adrian Peterson and popular young Rams running back Todd Gurley. Gurley ran for 1,106 yards while missing three games due to injury. I think Gurley has a better chance to run for more yards since he has a rookie quarterback. The Rams will surely ease their #1 overall selection (QB Jared Goff) into things – which means the Rams will lean heavily on Gurley for offense.

What do you guys think? Do you think AP will win the rushing title again, or do you think Gurley has a better chance of stealing it away from Peterson? Maybe there is another dark-horse candidate that could win? Thanks for reading!