With Captain America: Civil War hitting theaters in a few weeks, I figured this would be a good time to help non-comic readers understand what they are about to see. The following will highlight the major differences between these two rival, competitive (yet friendly) comic-book companies. There are a few similarities, but for the most part, they have completely separate characteristics about them that most people don’t fully realize  yet. This is especially important since DC (Detective Comics) has a bunch of new movies coming out over the course of the next 5 years, and Marvel is planning on having at least 2 comic-book movies released each year as well. 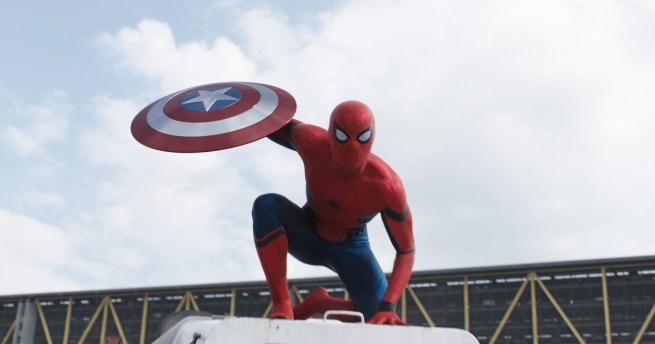 I will remain unbiased while still incorporating my honest opinion. I grew up with DC and have recently over the last 6 years began to really enjoy Marvel films. So I will remain unbiased and speak honestly about the differences when walking into a movie theater to watch a movie from each. I’ve also added links to characters not as popular among casual fans of the properties so if you clink on the word “link,” it will take you to their database and explain them in more detail.

As we’ve known since Iron Man back in 2008, Marvel (owned by Disney) has a lighter tone – blended together with action, slapstick comedy, and heartfelt moments. They began as family movies and even when they became mainstreamed, they stuck to what made them great in the first place. Things might become intense and tough at times, but comedic relief is a must in these movies and Marvel never seems to disappoint. The guy running the movie division of Marvel is Kevin Feige, and it’s obvious how incredibly successful he has been so far.

On the other hand, DC is taking a different approach. Since the success of The Dark Knight trilogy, Warner Brothers (WB) and Zack Snyder (300, Man of Steel) have decided to keep that same edgy, intense, complex, darker tone to their films. This might have turned off some people once the darker tone was extended past Batman films and into Man of Steel, but whether or not you prefer lighter or darker tone, DC is to be commended for not just copying Marvel. I can confirm that Justice League next year will not be as dark as Batman v Superman: Dawn of Justice was. 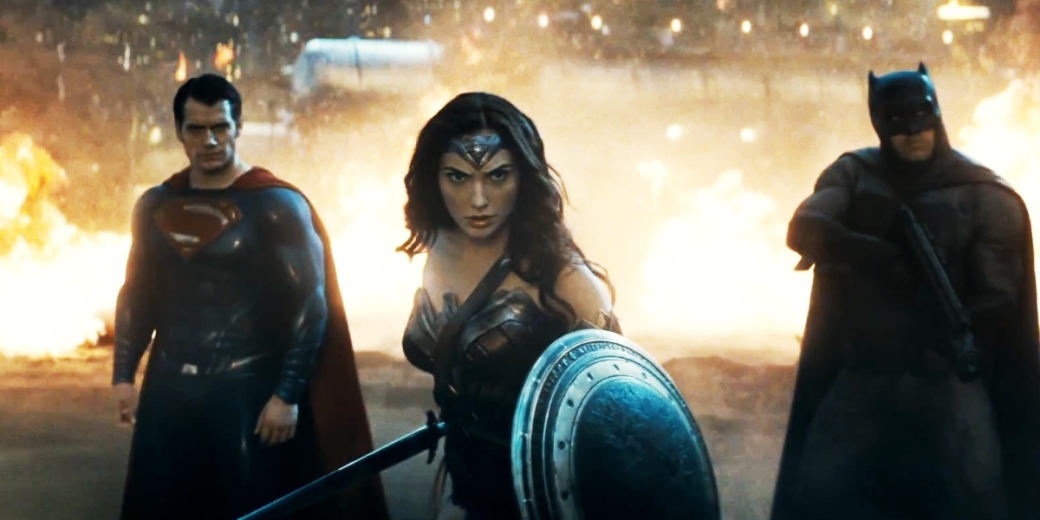 I’ll start this section by highlighting how amazing the DC soundtracks have been thus far. Only two movies into their extended universe, they have managed to produce some of the best scores possibly in movie history. Hans Zimmer and Junkie XL both tag-teamed Man of Steel and Batman v Superman: Dawn of Justice and are considered among the best composers in the business today. Despite Zimmer officially stepping down from superhero movies, Junkie XL (the former Disc Jockey) should be able to carry the load after scoring Deadpool and Mad Max: Fury Road independently.

It’s important to note that while Marvel films have a massive audience and endless critical acclaim, this is one area they aren’t as strong in. It’s not that their scores are bad, because they aren’t bad at all, DC just has everyone’s number on this one. That being said, I really do like Captain America’s theme the most in the Marvel Cinematic Universe (MCU).

Marvel has this ability to tie in so many characters seamlessly into their cinematic universe. By starting off with all solo movies before the team-up with The Avengers, fans were able to go in knowing these characters so it didn’t have to spend an entire movie throwing them in and hoping we would connect the dots ourselves and understand (*hint hint*). Even for those who haven’t seen some of the solo movies (like myself at the time), I was able to go back and watch them after seeing the team-up. Now that Marvel has so many characters with their own movies, they can now crossover with other MCU films and do so properly and successfully. 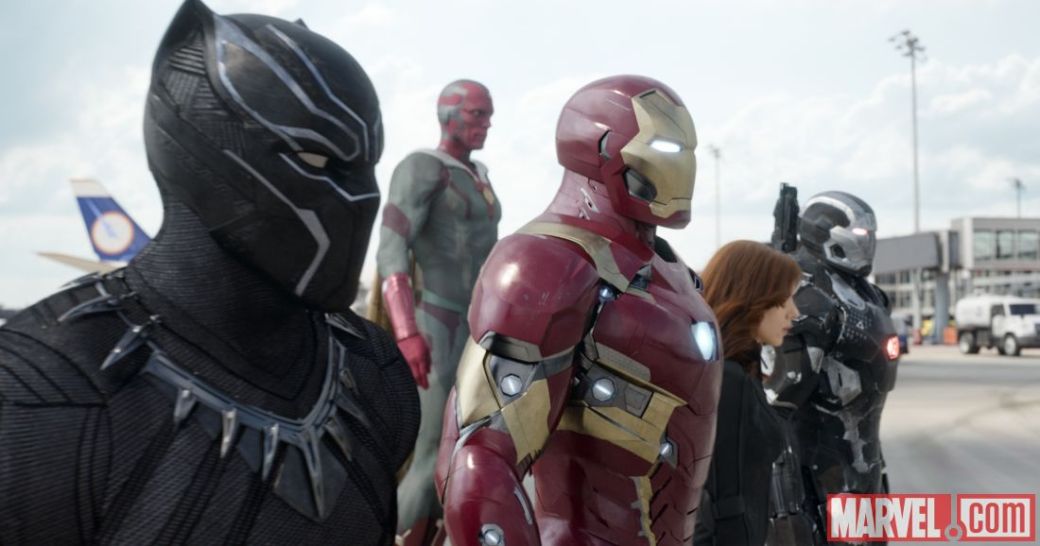 Even if BvS failed to live up to high expectations, it did set up the Dawn of Justice part pretty well for Justice League in November 2017 and their solo movies outside of that. What WB and DC decided to do was set the building blocks for their extended universe in BvS and lead that into JL, where before and after we get the solo movies, so in retrospect, they reverse-engineered the template Marvel used. For better or worse, it has people excited for solo Wonder Woman, Aquaman, Batman, Flash, and Suicide Squad films. Also, The Dark Knight trilogy is not a part of this universe, it is its own thing.

I’ll begin with the DC heroes that are the founding members of the Justice League. They are Superman and Batman (the two most iconic superheroes of all-time), Wonder Woman, Flash, Aquaman, Cyborg, and Green Lantern.Other heroes that might appear at some point are Green Arrow (link), Black Canary (link), Martian Manhunter (link), Supergirl (link), Batgirl (link), Nightwing (link), Shazam (link), and Mera (link).

As for Marvel, they have what might be the best group of superheroes ever assembled. They consist of Captain America, Iron Man, Spider-Man, Black Widow, Thor, Hulk, Vision, Black Panther, Scarlet Witch, Ant-Man, Hawkeye, and Falcon. Despite not having connected with the movie universe yet, the characters from their television shows could always make an appearance in the next couple Avengers films – such as Daredevil (link), Luke Cage (link), and Jessica Jones (link). Quick note: Marvel created the characters of the Fantastic Four and Deadpool, but they belong to Fox and a different cinematic universe (X-Men).

Marvel have some cool villains that people tend to sleep on. My favorite from them is the comic-book version of Venom (link). Others that are obviously fan favorites are Loki, Thanos, Winter Soldier, Ultron, and Green Goblin. They have been memorable in the films and also in the comic-books. One of the few criticisms of Marvel movies have been the lack of good villains so far, but I don’t expect that to continue.

I would be lying if I didn’t admit that this is another category in which DC is superior. Batman’s villains alone would be almost enough to give them the edge over Marvel, but that’s not why I’m writing this. Joker, Bane, Riddler, Lex Luthor, General Zod, Doomsday, Darkseid (link), Reverse-Flash, Deathstroke (link), and Ras Al Ghul are just some of the great villains in the DC Comics world.

Why Can’t They Be in the Same Movies?

Someone asked me this question last year, and I feel the need to answer this question for others out there that might also be asking this question. The easy answer: they are two different companies. Marvel is a company that’s been operated by Stan Lee for many years, and DC is a company operated by Geoff Johns. They are both incredibly intelligent, and there was even a comic-book crossover between the two in the ’90s.

Although I might have subconsciously compared Marvel to DC in terms of those categories, I highly recommend NOT to compare them. Think of apples and oranges – yes, they are both fruit, but completely different (fruit = superhero movies, apples and oranges = Marvel and DC). There’s no shame in liking both, in fact, I applaud those that do. I sincerely hope you understand the differences and similarities about both.